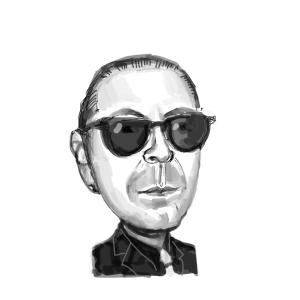 ”I recently saw something on the top 50 greatest WWE finishing moves of all time.  It was a great program that really brought back a lot of memories.  While a lot of my favorites are in that list, I couldn’t agree with the selection of the top ten greatest finishing moves in WWE history.  So, for those interested in the Best Dressed Fan’s opinion, I am releasing a list of my own top ten favorite finishing moves.

Don’t get me wrong.  There are a lot of great and memorable moves from superstars that I’ve seen over the years.  What I’m focusing on are the ones that are iconic and that future generations will still be talking about.  And let’s not forget that some of the greatest moves aren’t from today’s superstars, and I’m sure we’ve yet to see some great moves from the up-and-coming superstars at WWE NXT here in Florida.

About Mr. Cartwright— Digger Cartwright is the author of several mystery stories, teleplays, and novels including The Versailles Conspiracy, a modern day political thriller, Murder at the Ocean Forest, a traditional mystery novel set in the 1940s, The House of Dark Shadows, a psychological thriller, and The Maynwarings: A Game of Chance, a mystery set in the Old West.  His latest book, Conversations on the Bench, is an inspirational/motivational novel.  His books are available in hardback, paperback, and e-book format through his website, www.DiggerCartwright.com, on-line booksellers and bookstores.

Mr. Cartwright has contributed to a number of articles on a wide range of financial, strategic planning, and policy topics.  He frequently contributes articles, commentaries, and editorials focusing on current economic and political topics for the private think tank, Thinking Outside the Boxe.

He enjoys golf, participating in charity golf tournaments, and attending WWE events.  He divides his time between Washington, D.C., South Carolina, and Florida.