Robbie had lost the election, but it hadn’t been a landslide. That meant that a significant percentage of the voting public in Horry County District No. 2 had at least thought some of his ideas were worth
pursuing. He had financed the campaign entirely with his own funds, so he didn’t have to compromise or make a ton of concessions based on that fact alone.

“Even so, I lost,” Robbie said. “What you’re saying makes me feel a little better, but in the end, I still didn’t get the job done.”

When reminded of this little fact, Sebastian smirked and said, “Technically, that’s true, but you can’t be afraid of failure or even resent it, Robbie. People spend their entire lives regretting missed opportunities.
And why didn’t they do those things? Because of one simple reason. They were afraid—especially of failure and coming up short. Not you, Robbie! You wanted to do something, and you did it. You ran for office, and here we are. And you know something? We can’t look back and criticize anything we did during that campaign. You don’t have to have any regrets or any doubts about what you could have done differently or where we erred and came up short. You were in it 110 percent, just as everyone who helped out was. Now we’re all better prepared for the next campaign and the one after that and the one after that.” 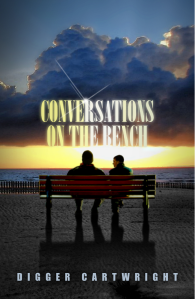